Travels and pushing the re-set button

We spent the last week and a half with Mission to the World doing re-connect (or "welcome back to the US") to allow us deep breaths and remember what it is like to live in the U.S. and to make sure all is well emotionally and spiritually with returning missionaries.  After that we stayed the week and attended Summer Conference.  Basically, sleeping in late, working out, attending seminars, and eating lots of yummy food.  This really was our first chance to take a deep breath and relax.

Today Mike and Madison are flying off to Missouri to get our rental car that we will have for the rest of our time back.  They will make a stop in Nashville and check out some of the sights before they return to Georgia.

For the first time since we have been back I have been able to go to a mall!  Did a little shopping for necessities...

Next week I will be participating in Readiness Evaluation for new missionaries. I am part of the assessment team.  This is the same evaluation that Mike and I participated in more than 9 years ago, but now I am on the evaluation end, not the "to be evaluated" end.  I am looking forward to it!
Posted by Unknown at 8:14 AM No comments:

Some observations from a California chick about South-Central Pennsylvania:
1.  Stars on houses.  Originally, there was a major housing developer that used "Barn Stars" as a means of showing he built a house.  It then became a "good luck charm" similar to a horse shoe, and now it simply has become a home decoration.  I would venture to say at least 50% of the homes in this area decorate with a star.

2.  Candles in windows.  Originally the candles signified a safe house for people needing to escape via the underground railroad during the Civil War.  Later it became decoration during Christmas, and now many people keep candles or lights on year round
.

3.  Churches with cemeteries.  I was surprised by the amount of churches that had cemeteries as part of their property.  I think because so many of the churches have been around for 150+ years, this was the "norm" then, and less so now.

4.  Fireflies.  Now, we have fireflies in Honduras - but I have never seen so many at one time...it was awesome to see!

5.  Amish.  We were definitely in amish country.  We saw men, women, buggies, scooters, and leaned a lot about the community while we were there.

6.  County parks - Mike and I are in initial training for a marathon and wanted to take advantage of the trail runs at the county parks.  The parks were incredible and were hardly used!  As opposed to the county parks in Sacramento/Elk Grove, California where we are from which were barely tolerable but used a LOT!
7.  Harley Country.  In the almost 8 days we spent in Pennsylvania, I saw more Harley-Davidson motorcycles than I have even in California!
8.  Corn fields.  More corn fields than I have ever seen.  Apparently most of the corn that was grown was not for human consumption, but to feed the cattle (of which there were TONS of dairy farms around).

9.  Pike versus a freeway - well - pretty much didn't see ANYTHING with a "freeway" sign, but saw tons of signs that said "Pike".  Not really sure of the difference at all, but there you have it.
So, that's it folks - a California's attempts of seeing Pennsylvania through a non-Pennsylvania's eyes and of all the amazing and beautiful country I saw - these were the things that stuck out to me the most.
Posted by Unknown at 4:58 PM 2 comments:

After much planning and anticipation, furlough has begun.  So far we have been in three different locations, made three different presentations, and we haven't even been in the US for a week.  But, the fun way for things to kick off is with the 4th of July celebrations!  Cookouts and pool parties have been on the agenda for most of our dinners!  And who gets sick of that?!  The big firework display will be tomorrow, hosted by the largest chip company in the State.  We keep hearing amazing things about it and can't wait to see it!  This week we have also been spoiled, and been staying at a great Bed and Breakfast in the middle of Amish country.  We have seen many a working farmsteads and visited some farmers markets along the roadside with some amazing vegetables and baked goods. We have spoiled ourselves with some goodies including Starbucks, home made ice cream, and even lunch at an English Pub. 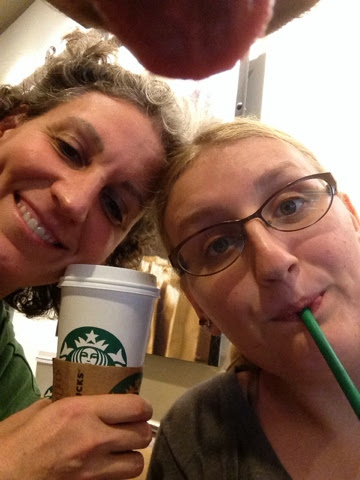 Posted by Unknown at 4:12 PM No comments: