Every Monday we host Club de Niños (Kid’s Club) in the town hall in Armenia Bonito. The event starts of with a few games out on the soccer field. The group returns to the town hall for a Bible song, a Bible story, verse memorization, and a craft.

Each week 25 to 75 kids attend. Most of these kids do not attend church. Many are being exposed to the Bible for the first time.

Watch this 2 minute and 50 second video to see Club de Niños in action:

Every Thursday we host a free medical clinic in the one room town hall in Armenia Bonito, seven miles west of downtown La Ceiba. We see more then 50 people each Thursday.

At these clinics we provide medical care, medicine, prayer and evangelism tracts. We have seen almost 700 different people in the seven months we have been operating these weekly clinics.

Take a look at this 2 minute and 30 second video to see what a typical clinic looks like:

Posted by Unknown at 6:15 AM No comments:

There is a boy’s orphanage in Armenia Bonito called Niños de la Luz (Children of the Light). We periodically do work with the boys who live there. Yesterday we spent a full day out with 21 of the boys from the orphanage.

In the morning we went to church with them. In the afternoon we invited them over and hosted a bar-b-q for them. We cooked hamburgers and hot dogs for entire group. And, in the evening we attended a professional soccer game. This was a great day of worship, fellowship and fun with these boys. It was fun to treat these boys to such a fun day.

Take a look at this 2 minute and 30 second video to see our day out with the boys:

Posted by Unknown at 5:45 AM No comments:

Our House Is More Then A Home

Many people have recently asked about our house. It the hub of much of our ministry work. We host several meetings and Bible studies in our house each week. Our teammate Jamie lives in our house with us. This summer we will receive 10 short-term mission teams. In order to keep the cost down for those teams they will be sleeping in our house.

We rent the house for only $600/month. It is conveniently located in the center of La Ceiba.

If you would like to take a tour of our house watch this 3 minute and 30 second video:

Renovations To The Town Hall

The one room Town Hall building in the center of Armenia Bonito is where many of our ministry activities take place. Less then a year ago it was a run down building where dogs slept, transvestite prostitutes worked, kids used drugs and drunks relieved themselves. It was cleaned up shortly after we arrived, but it still didn’t have lights, running water or toilets.

Thanks to the grace of God and the generosity of one of our supporters the building just got a face-lift. We were able to renovate the building substantially. Now we have so many more options for our ministry and the community has a meeting place it can be proud of.

Take a look at this 3 minute video to see the great work:

Today we hosted a Diabetes Clinic in the one room community center in the poor community of Armenia Bonito. At this free clinic we checked everyone’s blood sugar, blood pressure, protein levels and extremity sensitivity. We provided health and food education and established obtainable goals for each patient. Each person received personal prayer and evangelism tracts.

A diabetes doctor from the U.S. lent us her services for the day and provided us with a load of free medications. We are grateful for her willingness to serve.

Take a look at this 2 minute and 45 second video for more:

Posted by Unknown at 7:27 PM No comments:

After a much needed weekend get-away, we are back to work this week, and certainly no rest for the weary :-) Today we have our weekly Kids Club and prayer meeting, tomorrow we are hosting a MD who specializes in Diabetes, and will be having a diabetic clinic tomorrow, and our evening ESL, Thursday is our full-day medical clinic, Friday assisting with a local youth group, and Saturday ESL once again.

As we look forward in our calendar, we are excited about all the new and on-going opportunities to serve in the community we are working in. We are hoping to have a health class going on in the local school soon, will be having our pamper day for the girls in Armenia Bonito, and I will be gone for the full month of April in training. Please pray for our continuing and our up-coming events!
Posted by Unknown at 8:53 AM No comments:

Our Nemesis Is Dead!

We are pleased to report that our two-month battle with the beast has come to an end. A rat that once lived behind our house found his way inside in early December (neat trick considering our walls are made of filled cinder blocks). He has been evading, mocking and taunting us ever since.

He was building nests, eating our food, leaving gifts and making Mike scream like a little girl…none of which is acceptable. We have invested hours and a considerable fortune trying to rectify the situation. Our 90 lbs. rottweiler was of no use. He was once heard saying, in his best California surfer accent, “Uh, hey dudes, I think a rat just ran across the room.”

The little girl…er…Mike spent the first 20 minutes of each day checking, repositioning and resetting traps. We used two kinds of snap traps, three kinds of poison and two kinds of glue traps. Nothing worked. The rat often ate the food off the traps and lived to tell about it. He even once dragged two glue traps to the other side of the house before doing his best Houdini impersonation and freeing himself.

This battle is over. However, we eagerly await other adventures with the beasts of Honduras. 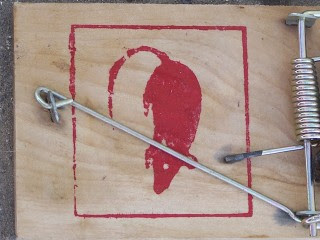 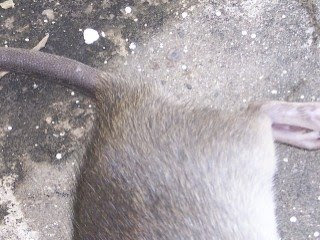 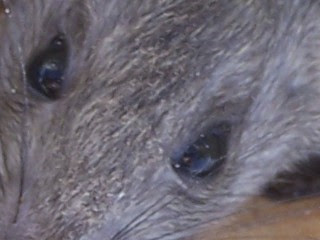 Pico Bonito National Park is a part of the Nombre de Dios mountain range near La Ceiba, Honduras. On Wednesday Mike and four of our teammates took the day off and hiked part way up Pico Bonito. Two hours up to a swimming hole and one hour down.

Enjoy this 2 minute video of the adventure:

This week we have a visiting doctor, Minjin. Today she and I walked in the community of Armenia Bonito making house calls. It's a whole different world - walking down the street and "seeing" a patient on a gravel or dirt road in the middle of the community. Not the normal run-of-the-mill kind of visit that you would make in the States. We continued on to many houses in the village and talked with people in their homes. It's such a great way to get to know people on a more personal level. We prayed with most, and were able to take care of many people who needed to be seen. Minjin used the Spanish she knew, and I was able to translate the part she didn't. We were a good team. 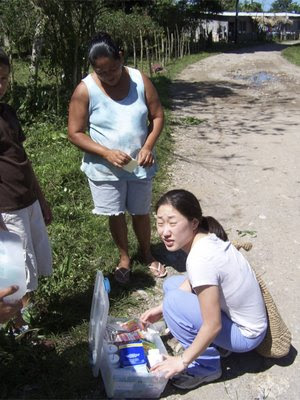 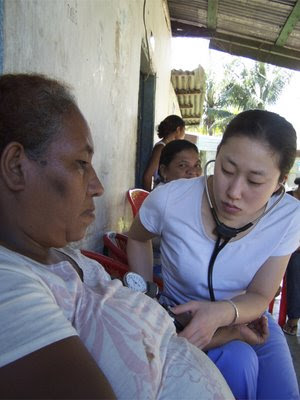 Posted by Unknown at 2:36 PM No comments:

Parasitic worms is a major problem in Armenia Bonito. Many people have parasitic worms because the do not wash food properly, have poor hygiene or have poor drinking water. Worms can result in stomach pains, anemia, diarrhea, malnutrition, poor performance in school or work and more. This is a major issue for poor countries. The majority of parasitic worms can be prevented by taking a simple pill once every six months.

On Saturday we hosted deworming clinic in Armenia Bonito. We provided education, medicine and evangelism for over 100 people.

Take a look at this 3 minute video to learn more:

Just an update note. We've been moving out team mates into their house - cleaning, shopping, and driving all over town. They are about settled, but still have much to do in their house. We continue with our ESL classes, and have a mobile clinic today. We also have a worm clinic this Saturday. The purpose of it is to give preventative information out to people, to help decrease the overwhelming parasitic worm presence that is out there. It's difficult to determine exactly how many people will actually turn up, but we are hoping for a lot of teaching to go on so I'm not putting out fires every week at our clinic, but being able to get to the root of things. Please pray for a good attendance, especially to see folks we haven't seen before.
Posted by Unknown at 8:08 AM No comments:

Front of the circus 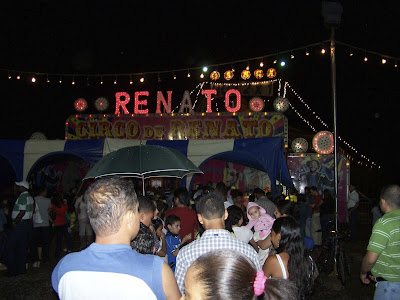 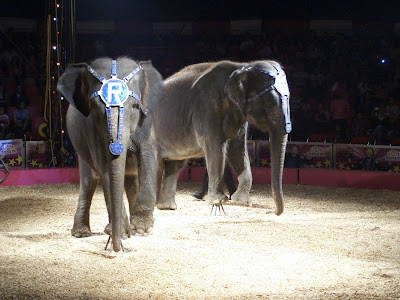 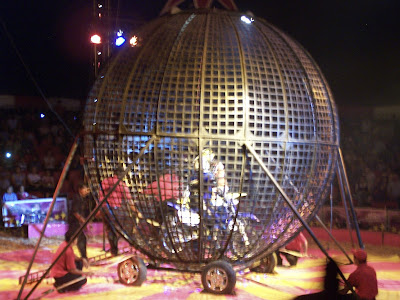 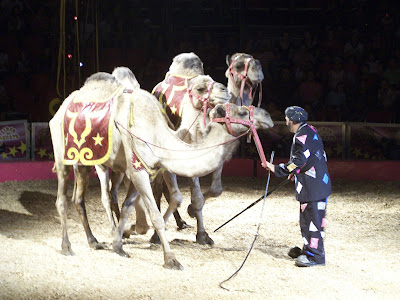 There is a traveling circus that came to La Ceiba a few weeks ago. On Saturday, Madison and I, Jamie, Josh, Andy, and a few other friends from the town went to see it. We honestly weren't expecting much, so we were pleasantly surprised with what we did see. It included tigers, camels, high-wire act, jugglers, etc. And all for the price of $5.00 a piece! The excitement of the evening ended after a huge storm that had been passing during the show. We waded up to our knees in water to get back to our car. Enjoy the pictures!

The treck back to the car: 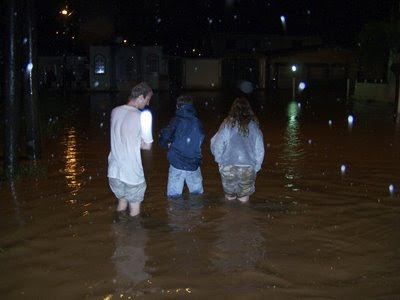