This week we have a mixed group of medical and construction folks.  We put on a full medical brigade in all three of our church planting areas of La Fe, Las Delicias, and Armenia Bonito.  We had physicians, physical therapy, an optometrist, and some medical and nursing students, nurses, and other great support staff!  All in all we had 565 patient visits.
The highlight of the week was with Joe, the visiting optometrist.  We had a little five year old visit him.  Justin, the five year old, complained of having an extremely difficult time seeing anything.  His mother confirmed this, and after his examination, Joe agreed completely.  Joe said for all intense and purposes he was blind.  After looking through the glasses that were available, he placed the right ones on little Justin's face.  Justin's little face IMMEDIATELY broke out into a grin from ear to ear.  He could see....basically for the first time in his life.  He couldn't stop smiling and refused to take off his glasses.  Granted, they were adult sized glasses on a tiny little face, but he just didn't care!!!!!!
One of our visiting team mates, Linda, was standing about ten feet away from him and held up two fingers and asked him how many fingers she held up.  While he jumped up and down, clapping his little hands, with the biggest joyous smile on his face he stated, "Tiene dos!!!!!!" (You have two).  He was blind...and now he could see....
Why I do what I do... 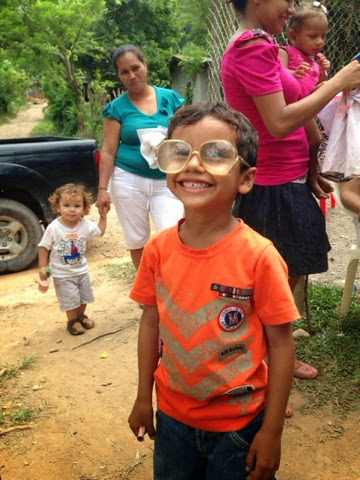 Little Justin proudly and gleefully showing off his new eyes! 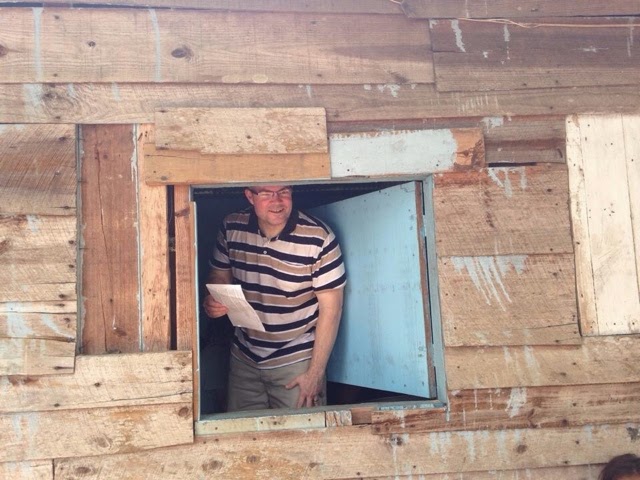 Joe peeking through his "office window" to see what's going on.
"I once was lost, but now am found....was blind but now I see..."
Posted by Unknown at 7:25 PM 3 comments:

People waiting to be seen...

The need for dental work in Honduras is an obvious and unfortunate reality. With only two public dentists to serve the city of La Ceiba, the needs are great and mostly unmet.  That's why having dentists come is such a huge blessing.  This week we had two working in my permanent clinic for three days.  All in all they pulled 68 teeth.  We had way more patients than we could serve, but I know those we were able to serve were truly blessed with a much happier/healthier/pain free mouth!
Next week we are hosting a full medical brigade and will be working in all three of our church plant areas of Las Delicias, La Fe, and in Armenia Bonito.

Nancy working to get this tooth out with translator Jennifer 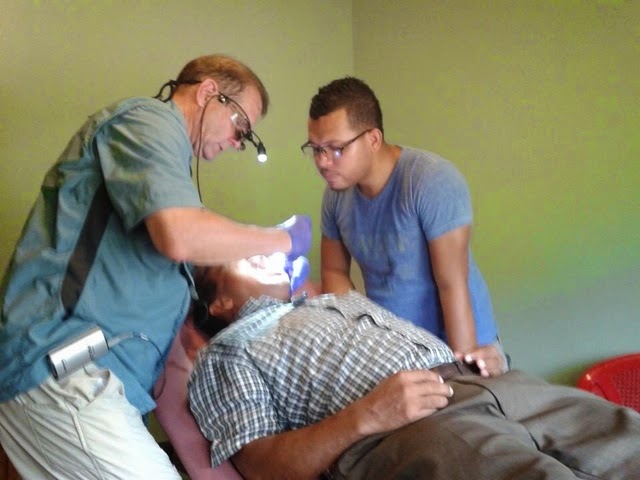 Craig working on Pastor Jesus with translator Carlos.
Posted by Unknown at 10:10 AM No comments:

So...Madison is headed off to college, and she turns 18 in less than a week.  I think everyone knows that at this point.  And now we find ourselves in an odd situation.  Most moms and dads that send their kids off to college prepare them with the "necessities".  Because of our situation, we find ourselves in a different situation.  With almost no time or money to buy her dorm "necessities" so we came up with the idea of Madison creating a college/18 year birthday wish list on Amazon.  So...here it is. Things can be shipped to my dads address (in San Jose) which is listed on her wish list if you select something.  Madison will be truly blessed in whatever way you want to help her.  Thanks for all of you who have prayed for her and loved her.

Posted by Unknown at 6:55 PM No comments:

So, we have tons of stuff here in bags.  You can get mayonnaise, mustard, ketchup, oil, and even refried beans in a bag.  It just doesn't surprise me any more what comes in bags.  Heck, we even have fresh milk, sour cream, and relish in bags!