Katie, who joined Team Honduras just a few weeks ago jumped in immediately!  She has had experience with children's prorams, street kids, and other ministry in other countries, so when she found out she was going to be helping out in the clinic she was THRILLED!  So, day 1 I had her working in our intake area, and day 2 in our pharmacy.  With a few minor exceptions she is running my pharmacy.  She is learning how to say drugs like Digoxin, hydrochlorothiazide, and glibenclamide.  She is also learning generic names of all drugs like acetasalacyticacid is really just Asprin, acetaminophen is Tylenol, and also learning how to reconstitute drugs.  I always worry that people will be a little overwhelmed when they step foot in my pharmacy and take one look at all the different types of meds I have and go running, but she is taking it all in stride.  I do have some cheat sheets that tell location of meds, what their indication is, and how to give them, but she is asking less and less questions, and is doing a fantastic job! 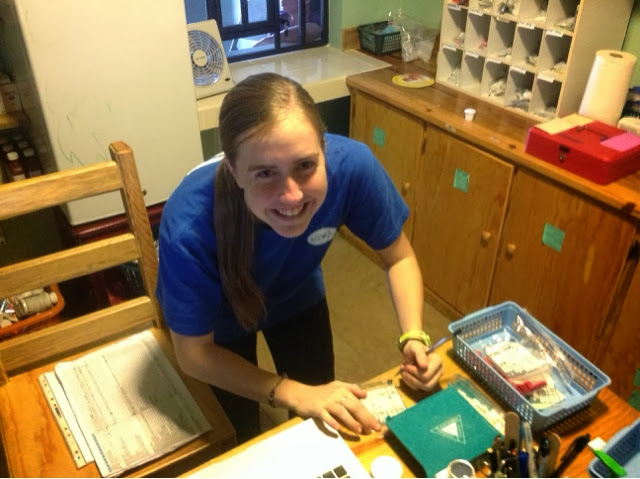 
When I say the healthcare is in a state of crisis here I mean it.  The hospital is basically closed because of lack of funds.  There are no gloves, no medication, no supplies of any sort.  The hospital is contaminated with water and dirt dripping down the walls.  The patients have to buy everything from gloves, to the doctors gown, to every bit of medicine and supplies.  Needless to say we maxed out our number of patients we could see today within ten minutes of opening, and had to turn people away.  I suspect until things change, we are going to be in this situation.

Help us continue to make our efforts possible by keeping Dr. Roger employed.  Follow this link
https://donations.mtw.org/donate/AddDesignation.aspx?No=92410
and watch the video below for more information.

Dr. Roger and Erin Pettengill, RN, work in a small clinic in the jungle location outside of La Ceiba, Honduras. Erin is a long-term missionary, and Dr. Roger is a Honduran national physician. To continue this work we need to pay for the salary of Dr. Roger and an assistant. Both salaries will allow him to continue his work for an entire year with an assistant. Total I need to raise is $21,320. You can contact me at maddysmother@yahoo.com for more information or go to the link to donate directly:

Posted by Unknown at 1:30 PM No comments:

Many many children grow up without what we would consider "normal" kind of toys.  Here, manipulative toys, learning toys, building blocks are way outside of the norm.  For one thing, they are expensive and the other, parents would rather spend money on new shoes or clothes for their kids then "unnecessary" toys.  To keep children occupied while they are waiting to be seen, I have building blocks, dolls, and other manipulative toys.  What I find fun to watch is when the adults get involved.  They have never had the opportunity to play with toys like this, so often times I will go outside to our waiting area and find parents playing with our toys as much as the children are. 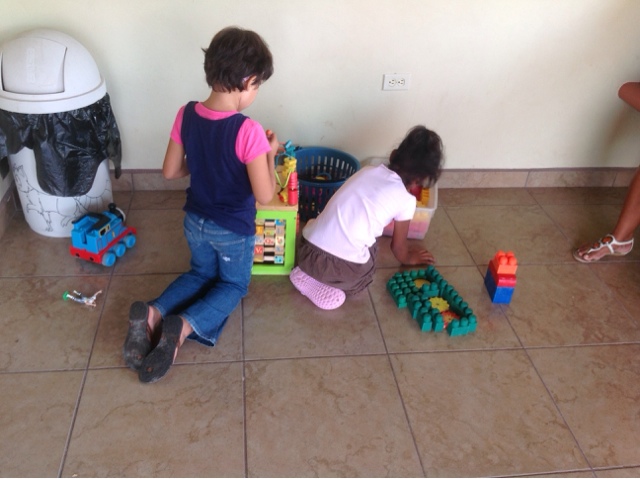 Coming near and far

We knew that our clinic would serve the community we are in.  What I don't think we realized was how far and wide people would come to visit our clinic. The fact that we provide private medical care and medicine for $3.00 is amazing, but the fact that we provide INCREDIBLE care at this price is invaluable!  So I guess it is no wonder that people come from near (across the street) and far (1 1/2 hours away) to get this great medical care! 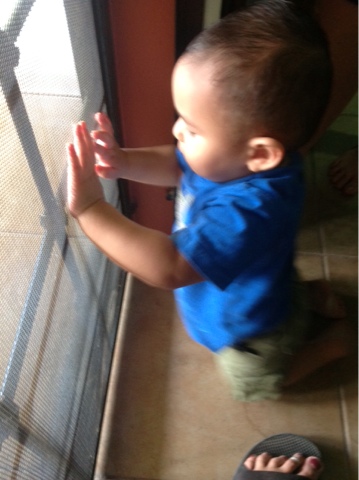 Posted by Unknown at 6:04 PM No comments:

Every year Honduras sets aside a day to celebrate children.  It is September 10th, and that happened to fall on our normal Kids Club day in Armenia Bonito just outside of La Ceiba, Honduras.  120 children joined us for a time of fun, a bible message, and junk food!

Posted by Unknown at 2:25 PM No comments: 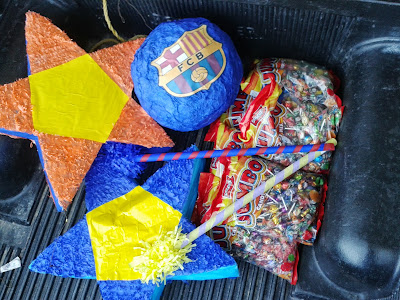 Every year, most of Central America celebrates Dia de los Ninos - or Day of the child - on September 10th.  This is a HUGE event....I would venture to say it rivals Christmas in the amount of toys, candy and celebration that encompasses the entire country.  Each school has special events, churchs, even the mall has balloons, clowns, and lots of candy and piñatas.  Well, piñatas and enough candy to fill them don't come cheap.  I can't even tell you how many people have asked me for a piñata and candy this week.  As my funds are limited, I was able to buy three  piñatas - two for the local elementary school, and one for our own church in Armenia Bonito.  Delivered them today for the celebrations next week.  Fun to be able to provide this small thing toward a fun celebration.  Yes, one of the piñatas is from the Barcelona soccer team - a HUGE favorite here.  So - three  piñatas and 6 bags of candy for a total of 30 pounds of candy!
Posted by Unknown at 5:44 PM No comments:

by Mike Pettengill  (copied from his blog)
In recent months a new gang moved into the 3,000-person community of Armenia Bonito. They are associated with the notorious MS-13 transnational gang. In their first few weeks in the community the number of murders increased. The community is frightened. Some families are keeping their kids inside and avoiding the streets.
Mike and Jesús, the pastor of our new church plant, felt it was important to open a dialogue with the gang. Mike and Jesús went looking for the gang’s leader. They asked the other gang members where they could find the leader. Word got out and this spooked the gang. Two gang members approached our truck with guns pointed at Mike and Jesús. They flung the doors open, dragged Mike and Jesús out of the truck and shoved them to the ground. After searching the car for guns they kicked Mike and Jesús repeatedly and put their guns to their heads. “Why are you

here?!? What do you want?!?” screamed the young men as they pressed the guns tighter to their heads. With hands raised, Mike and Jesús replied in a calm tone, “Relax, we are not here to bother you. We only want to introduce ourselves and talk to you.” “Who are you?” The gun wielding men continued. Standing up, Mike said, “This is Pastor Jesús, he is the pastor of the new church, and I am Mike. I am the missionary who owns the new medical clinic.”
Calming down a bit the gang members put away their guns, lit up a few joints to calm down and said, “We are sorry we hurt you, but we are here to protect this community and we didn’t know why you were looking for us.” Jesús responded, “Don’t worry. We understand.” Mike asked, “Can we buy you guys some Cokes and sit down and talk?” Within minutes Mike and Jesús were surrounded by a dozen, Coke drinking gang members. During a 30-minute talk Mike refused to pay a “protection” fee, but offered free medical care to any of the guys at our clinic. Everyone was content and everybody parted ways.

A week later Umberto, one of the gang’s members, approached Jesús and said he wanted to talk. Mike and Jesús talked with him several times over a week. They gave him a Bible, talked about Christianity and Umberto became a Christian. But, he was scared. He wasn’t sure if the gang would let him leave.
Mike and Jesús agreed to meet with the gang with Umberto and ask if he could leave the gang because he was now a Christian. They brought plenty of Bibles and gave one to each member of the gang. After Umberto announced he was a Christian, Jesús asked the gang leader if Umberto had his permission to leave the gang. The leader looked at all the members and said, “If any of you want to leave the gang because you want to follow God, you have my permission.”
Since then, two more gang members have approached Jesús, become believers and left the gang. God’s work is being done (Ephesians 5:11, Psalm 1:1, 1 Corinthians 15:33).
Please be in prayer for our continued safety and that God will continue to impact the hearts of these young men.
Posted by Unknown at 12:43 PM 3 comments: